Roofs were perforated “like a machine gun,” with some vigas broken and windows shattered.

The floods came three years later — a week’s worth of rain, capped with a 24-hour downpour. In the ensuing years, mold issues arrived.

Diane Garcia and her daughter, Patricia, have lived amid the damage to their home since the 2010 hailstorm and 2013 deluge. They aren’t alone: Many other residents in the small pueblo southwest of Santa Fe continue to live in storm-damaged adobe homes.

But on a sunny Tuesday morning, the Garcias welcomed neighbors, government officials and media into their rebuilt adobe, the first completed project of 160 damaged homes in the historic village the pueblo intends to repair and rebuild as funding becomes available.

“We love it,” Patricia Garcia said. “We’re very thankful for the help we had.” 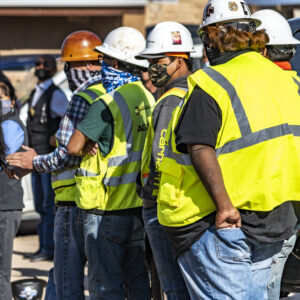 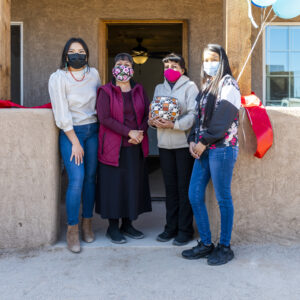 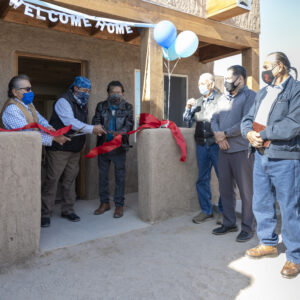